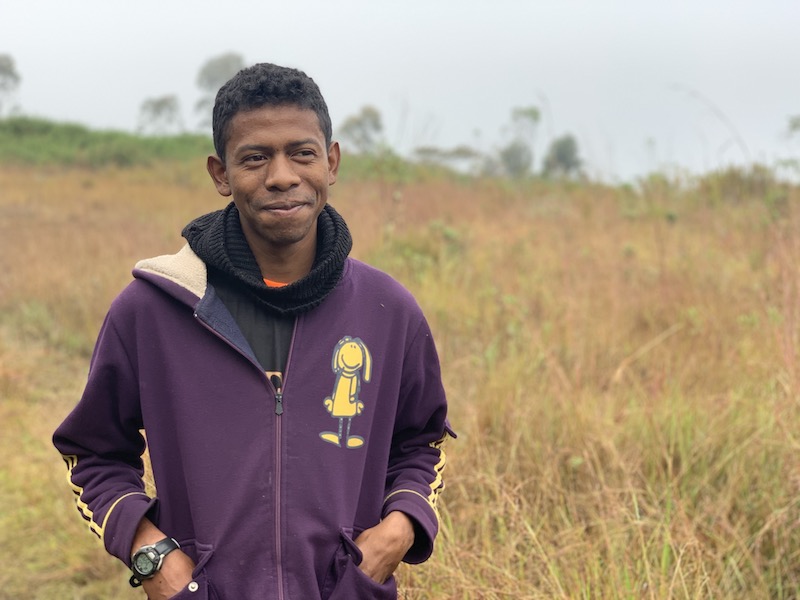 Hello, I am Angelo Andianiaina, one of the members of Ekipa Fanihy. I am PhD student at the Department of Zoology and Animal Biodiversity of the University of Antananarivo, Madagascar and a graduate of the University of Antananarivo in Animal Conservation. I have previously worked on projects to promote lemur conservation in northern and eastern Madagascar, as well as on projects to document the biodiversity and herpetology of small mammals in the east part of Madagascar. What people told me was that working with fruit bats would be a challenge, so I felt inspired to take up this challenge.

When Ekipa Fanihy was looking for a student back in 2018, the project was directly in my interest, and I was excited to join. I was fascinated by the potential effect of that the ectoparasites–called bat flies–which live on the fruit bats’ fur might have on bat health. I therefore decided to undertake PhD research studying the seasonal variation of ectoparasitic infestation in two Malagasy fruit bats (Eidolon dupreanum and Rousettus madagascariensis) and the impacts of this variation on the dynamics of infection for vector-borne pathogens such as Bartonella spp., under the direction of Cara and Aristide Andrianarimisa. This project has at least three main aims: first, to help bat conservation; second, to mitigate potential impacts of infection; and third, to improve knowledge of the ecology and biology of bat ectoparasites. Joining Ekipa Fanihy has been very important for helping me to develop this project and grow as a researcher.

Ekipa Fanihy is for me a family, where I am like a “Zandry” (which means little brother in our native Malagasy) and a “Zoky” (big brother) at the same time.